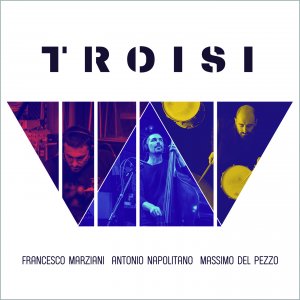 Cose Sonore (Alman Music) presents the first project from the trio of Francesco Marziani (piano), Antonio Napolitano (double-bass) and Massimo Del Pezzo (drum). The three Neapolitan musicians, life- and music companions since their early youth, showcase a language that, even if rooted in the afro-american tradition, constantly seeks for contamination through the musical and cultural background of the Parthenopean territory. To Naples itself and to the figure of Troisi in specific the trio dedicates this first album, born from the shared urgency of giving artistic shape to a stream of ideas developed through the years. An album that wishes to be the forerunner of a project that puts sound and spontaneous ex 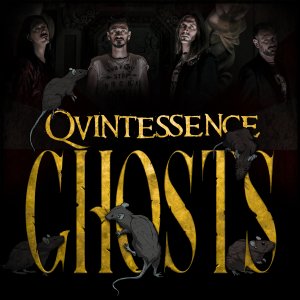 Ghosts and rats haunt “Ghosts”, the debut single by Qvintessence, by which the Bolognese rock band wants to exorcise the "skeletons in the closet" and the "ghosts" that we carry inside.

They speak of infamous people, those who have marked us through small gestures and have obtained a place of dishonor in our soul.

Rock music through its communicative energy becomes a vehicle and catharsis of the most intimate essence of the band, which has its musical roots in the Seattle grunge of the early 90s.

The videoclip, out next 20th March, has the signature of director Simone Casadio Pirazzoli who, after directing the video of “Our new world” by Dream Theater, returns to deal with distorted guitars and heavy drums.

Everything were shot at the Ex Psychiatric Hospital of the Osservanza hospital in Imola, a place that brings to mind one of the darkest pages of our recent history, but makes a fundamental contribution to the video clip, underlining the anxieties that the song tells. .

“Ghosts” comes out on DeepOut Records and anticipates the homonymous album Qvintessence, which will be available from the end of May on CD, vinyl and on all digital platforms.

ROARING CHRISTMAS - Available on CD or in all digital store.

The Tiger Dixie Band lead us into the year's most awaited night, with the jolly energy of primeval jazz and the grace of the New Orleans sound, through an artistic project that fully captures the Christmas spirit. Properly dedicated to the "Roarin' Age" and graced by the featuring of vocalist Greta Marcolongo, the album features a blend between some of the most evoking classics of the traditional Christmas repertoire -rearranged for this project- with a few less-known "rare gems" uncovered in ancient recordings. The sixteen tracks of the playlist also showcase original tunes composed by the band members, starting off with the first track "Singin' by the Christmas tree".
The Tiger Dixie Band is particularly involved in rediscovering jazz of the so-called Roarin' Age, with an original and up-to-date approach. Typical nuances of the New Orleans and Chicago style, of Charleston and Ragtime, are philologically proposed both in style and spirit (also thanks to the use of original instruments of the time), but the sound anyway flows through the modern musical experiences of the single Band members, which melt together in execution, arrangement and improvisation, avoiding by this a mere "revival" effect and celebrating viceversa the statement that this musical genre hasn't aged, just like Swing or Bebop.
The album features Paolo Trettel (trumpet), Stefano Menato (clarinet), Fiorenzo Zeni (tenor saxophone), Luigi Grata (trombone), Andrea Boschetti (banjo, guitars and ukulele), Stefano Caniato (piano), Giorgio Beberi (bass saxophone), Daniele Patton (drums). With special guest vocalist Greta Marcolongo. 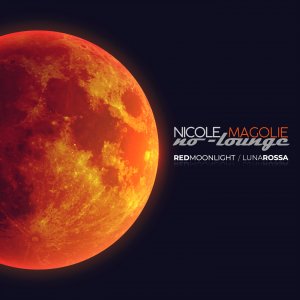 Eight years ago No-Lounge released the album "NAPOLI" destined to become a "cult" in Nu-Jazz / Lounge-Music. Even the South African performer Nicole Magolie was bewitched by the sounds of the great melodies of the Neapolitan Song through the arrangements of this album.

“I perfectly remember that evening in Naples when I listened to the No-Lounge version of Luna Rossa for the first time: what a wonderful alchemy.  Stunned, I found myself spontaneously singing the same refrain in English.  I was in the company of some friends and among them my inseparable artistique partner Gabriele Gentile who immediately picked up the phone and asked me to repeat once more to record a vocal note.  I don't know exactly which route it took when  he made that recording, but it ended up being listened to by No-Lounge and Alman Music too and I magically found myself shortly after in Imola to record their version of “Red Moonlight”… Thanks!” 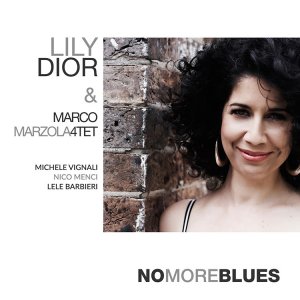 Notoriously one of the most extraordinary vocalists coming from Australia, with countless performances held everywhere from New York to New Zealand, from Japan to Singapore, from London to Hong Kong, Lily Dior releases her first album made entirely in Italy.

For the occasion, the eclectic jazz, soul, funk interpreter revisits some of the greatest international jazz standards chosen from the repertoires of Gershwin, Hamilton, Porter, Marks, Garner, up to Jobim with the track "Chega de Saudade" named "No More Blues" by Dizzy Gillespie which inspired the title of the album.

The project was made possible thanks to Marco Marzola and his quartet. MM the band leader and double bass player is an Italian native speaker, permanently based in London. He acted as a bridge between the singer and Italy, the “ Bel Paese “

The MMQ line Up: Marco Marzola on bass with Michele Vignali on saxophone, Nico Menci on piano, Lele Barbieri on drums. Recorded for the Cose Sonore / Alman Music label last year at the "Ritmo & Blue Studio" in Brescia by Stefano Castagna and mixed by Alberto Mantovani at the "ExCantine Studio" in Imola (BO), the album will be officially presented again in Italy on June 24th on the occasion of the 34th edition of the Deltablues Festival in Rovigo. 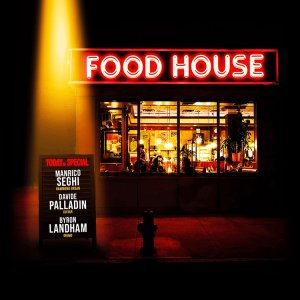 The encounter between organist Manrico Seghi and "Drum Hero" Byron Landham marks the birth of this project, then completed by Davide Palladin's guitar. From the trio's love, for music of course but also for irony and for good cooking, comes the album "Food House", which goliardically recalls the famous West Montgomery tune "Full House". Among the full "Organ Trio" mood, spacing from the sounds of West Montgomery himself, to those of Larry Young, Herbie Hancock, Duke Person and many other giants, we also discover the original "Dai dai". Eight tracks between swing and blues focusing on groove and irony, which become highlight and leading elements. 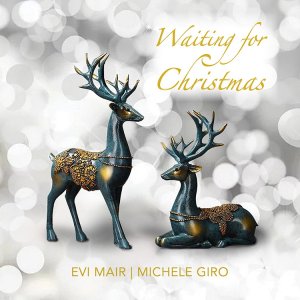 Waiting for Christmas with Evi Mair and Michele Giro

It's called Waiting for Christmas and it's the album with which we are proud to welcome Evi Mair and Michele Giro in the Cose Sonore / Alman Music catalog. Today in all digital stores!

The eclectic singer Evi Mair, steadily on the brink between rock and jazz music, says that she's "always been in love for Christmas and its Music that provides the soundtrack for this special season, so full of lights and hope". Definitely dominant is the jazz character in this "Waiting for Christmas", thought and crafted together with pianist Michele Giro. The album contains thirteen songs, the most representative of the German and American legacy, revisited and played through the arrangements of both artists. Also featuring beside Evi Mair and Michele Giro, Marco Stagni on the bass, Roman Hinteregger on the drums and the extraordinary presence of vibraphonist Georg Malfertheiner. 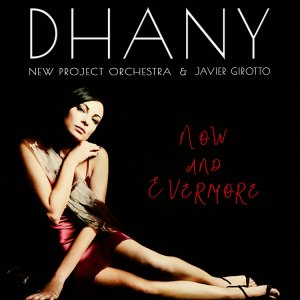 NOW AND EVERMORE - Out today in every digital store the single hit by DHANY feat. NEW PROJECT ORCHESTRA and JAVIER GIROTTO

Last year Alman Music released WE WISH YOU A JAZZY CHRISTMAS, the much acclaimed album by NEW PROJECT ORCHESTRA, which featured new arrangements of timeless Christmas classics, along with four new songs specifically composed for the release. Beside the eighteen musicians of the big band, that project involved various guests, friends, talented artists that with their voices or instruments shaped and enriched, as soloists, the atmosphere of each of the fifteen tracks.

Wishing to keep on celebrating Christmas along with the musical magic that was born from those collaborations, Alman Music has decided to introduce every year a different single extracted from that album. Exactly one month before Christmas 2020, here comes the first one, NOW AND EVERMORE, with the voice of DHANY and the precious alto sax solo by JAVIER GIROTTO. Intimate and dreamy original ballad (music by Luca Merlini and lyrics by Luca Peterle), "Now and Evermore" is a song about melancholy and loss, but at the same time pointing towards hope and peace; therefore it has been chosen as first single, given the hard year we are experiencing. Dhany (Daniela Galli) is a multi-talented artist, vastly known to the audience thanks to her great career in the electro-music field. For this occasion she is showcasing her audience a more tender and intimate character. 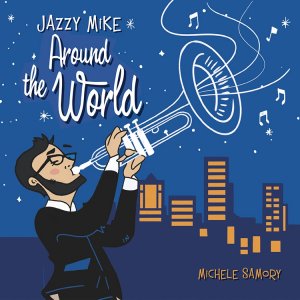 Jazzy Mike Around the World | by Michele Samory

"Jazzy Mike Around the World" is the debut album by Michele Samory, Italian composer, trumpeter and vocalist. With Swing, Latin Jazz and Dixieland, all the nine tracks of the album follow the fancy travel around the world of the '40s of the iconic character Jazzy Mike, born from the fantasy of Michele and the pencil of Martina Fratini. From Cuba to New Orleans, from Morocco to Tennessee, Samory's original compositions alternate with covers which pay tribute to the greatest jazz composers of the so-called "Roarin' Age", like Glenn Miller or Duke Ellington. Joining in the expedition are Massimo Morganti (trombone), Riccardo Federici (alto sax and flute), Filippo Sebastianelli (tenor sax), Marco Postacchini (baritone sax and clarinet), Diego Donati (guitar and banjo), Manuele Montanari (double bass), Tommaso Sgammini (piano), Lorenzo Martinelli (drum), Marco Roveti (percussion) and vocal guest Sabrina Angelini... Bon Voyage! 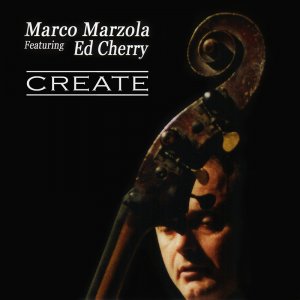 Available in all digital platforms (Cose Sonore / Alman Music) CREATE, the album born from the encounter of the double bass player Marco Marzola with the legendary guitarist Ed Cherry.
Alongside the reinterpretation of some famous melodies chosen from the wider international jazz scene (from Davis to Ellington, from Gillespie to Mitchell) among the ten tracks on the album there are also compositions by Marzola (Prince) and Cherry (Mogadishu and The Spirits Speak). In the quartet also Oscar Marchioni (organ and electric piano) and Donato Cimaglia (drums).

MARCO MARZOLA, sideman and band-leader, contrabassist, began his artistic training at the Conservatory of Ferrara and, captured by jazz at an early age, he moved to New York to deepen his studies with Barry Harris and Buster Williams. Today based in London, she continuously collaborates with musicians of the international jazz scene in Europe through Jazz Festival and Jazz Club. As a band-leader she has released several albums with the participation of acclaimed guests such as Ed Cherry, Steve Turre, Sherman Irby, Akua Dixon, Darrel Green, Dion Parson and others.

EC CHERRY is an American jazz guitarist and studio musician best known for his long association with trumpeter Dizzy Gillespie, with whom he performed from 1978 until shortly before Gillespie's death in 1993. Since that time, he has worked with Paquito D'Rivera, Jon Faddis, John Patton, Hamiet Bluiett, Henry Threadgill, and Paula West. He has recorded a number of albums as a leader.